Welcome to Corpus Consulting How to Find Us Give Feedback

Directives 2002/96/EC and 2003/108/EC on Waste from Electric and Electronic Equipment (WEEE) were transposed to Spain’s legislation by Royal Decree 208/2005 and it was published on February 26, 2005. This rule establishes the obligations and liabilities of producers of electric and electronic equipment (EEE) and management and recycling of this type of waste. 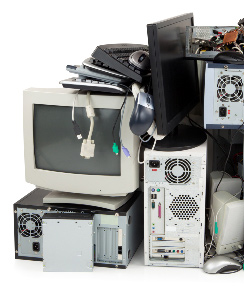 Under Spanish legislation, a producer of EEE can be:

Spain’s Ministry of Industry finalized the development of the EEE Producer Registry by the end of 2005 and it started operations on January 2, 2006.

Under Spanish legislation, a producer of accumulators and batteries can be:

This website uses cookies to improve your experience while you navigate through the website. Out of these, the cookies that are categorized as necessary are stored on your browser as they are essential for the working of basic functionalities of the website. We also use third-party cookies that help us analyze and understand how you use this website. These cookies will be stored in your browser only with your consent. You also have the option to opt-out of these cookies. But opting out of some of these cookies may affect your browsing experience.
Necessary Always Enabled
Necessary cookies are absolutely essential for the website to function properly. This category only includes cookies that ensures basic functionalities and security features of the website. These cookies do not store any personal information.
Non-necessary
Any cookies that may not be particularly necessary for the website to function and is used specifically to collect user personal data via analytics, ads, other embedded contents are termed as non-necessary cookies. It is mandatory to procure user consent prior to running these cookies on your website.
SAVE & ACCEPT